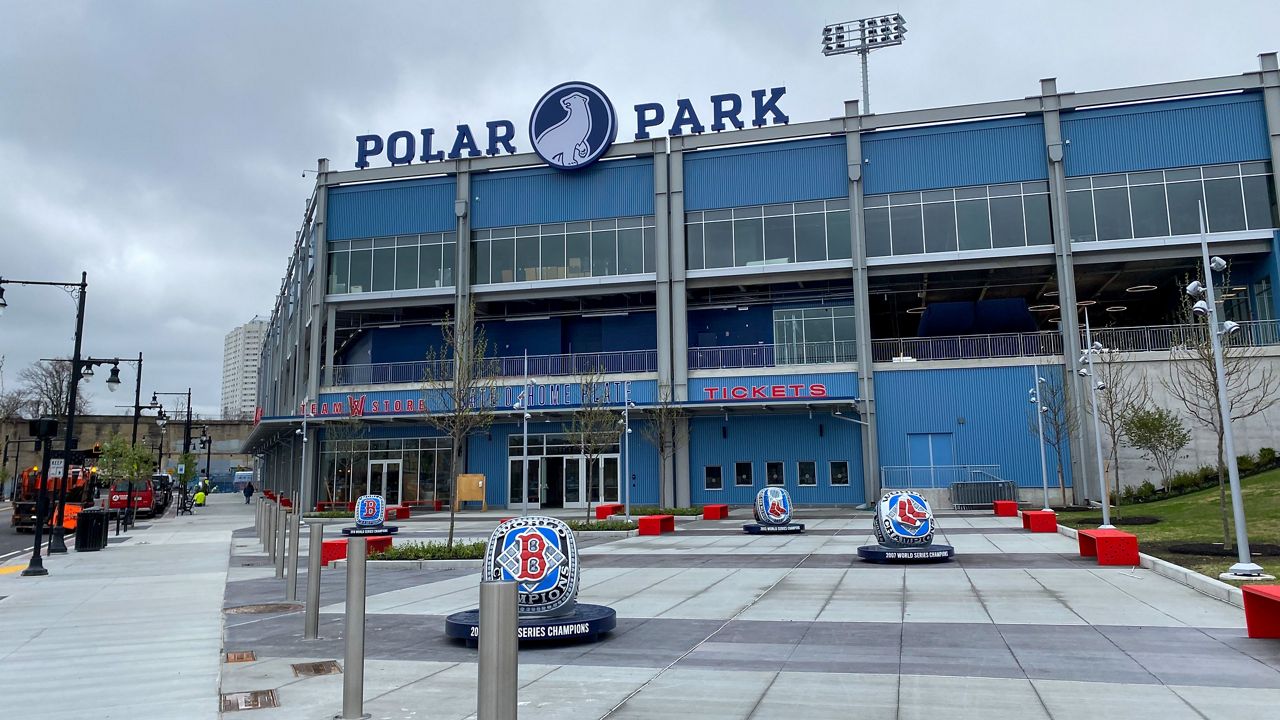 Polar Park's overall construction cost was 159 million dollars. This is over 60 million dollars from what they originally anticipated. Right now you are probably thinking "why did it cost so much money?"

Worcester is wanting to become more of a staple in the state of Massachusetts. One of the ways to do that is to connect the city to sports. This led to Worcester being able to afford a new but expensive home for the minor league baseball team the Worcester Woo Sox. Going into the construction process, Worcester officials originally thought this build was going to be 90 million dollars before the construction began. In Fall of 2019 the build moved up to 100 million. By the start of 2021 it was expected to be 116 million. This was a huge understatement. Polar Park’s overall construction cost was 159 million dollars. This is over 60 million dollars from what they originally anticipated. Right now you are probably thinking “why did it cost so much money?”

It all started on August 18th 2018 where the Pawtucket PawSox announced a 80-90 million dollar deal for “Polar park”. This was a very big announcement, planning to build a new baseball stadium in the city of Worcester and becoming the Worcester Redsox. By the start of 2020 the build was already over budget, the city and the team needed to find the money to finish the build. With the build originally planned to be only 90-100 million dollars, Worcester was supposed to pay 55% (or about 88 million) and the team was supposed to pay for 38% (nearly 61 million). This idea was already bringing the build of Polar Park over budget, adding together the amount of money paid so far it seems that 149 million would have been paid off already, Worcester needing the government to cover the rest of the money, right? Well all the money Worcester paid with wasn’t exactly their money, requesting a 14 million dollar loan to pay for the construction cost overruns at Polar Park at the start of 2021 which at the time the build was estimated to be 116 million dollars. Money was not the only thing that came with the loan, the WooSox agreed to not relocate for 15-25 years. Extending the team’s lease of Polar park from 30 to 35 years, also agreeing to split some advertising profits with the city. Worcester also needed 400,000 dollars. in federal loans to clean up the land of where polar park plans to be built. This is all leading up to now where the build has cost 160 million dollars, causing Worcester to now be 25-30 million dollars in debt. Desperately hoping that this build was worth all the money they put into it and that the newly formed Worcester WooSox minor league baseball team will raise the funds to pay for this debt.

With the build of Polar Park being complete in May of 2021, upcoming events at the time in the summer and at the end of the year caused the city of Worcester to have high expectations for the amount of money the park will be producing. Especially with the MiLB season kicking off just a month after, but the park isn’t exactly making the money we anticipated. Worcester needs to make up 137 million dollars within the next 30 years, and the park is not making enough money to recover the ditch of debt it has put Worcester in, making the city try to find new ways to make money. The biggest plan is that 14 buildings will be added on Green street all to make money for the city.The city is also building new properties on the North and South side of the stadium, providing new infrastructure improvements to the streets, lights, sidewalks, lighting and more. Adding 2 new hotels with 150 rooms in one and 110 in the other which is overlooking the park. 250 new market rate apartments with 125+ year round events within the area all being used to help bring the city out of debt.

Debt is inevitable and follows you throughout wherever you run to, but cities cannot not run from their debt. Worcester has to make up 137 million dollars in the next 30 years to just barely break even of what they paid without loans. There is 30 million dollars of debt that needs to be paid off first, so technically they need to raise 167 million. Which if they don’t raise can start to affect the city for generations to come. The city not being able to raise revenue will cause income tax, property tax, charges, and fees all to be raised over the upcoming years if we do not meet a certain standard. With a lot of Worcester residents relocating to other small towns or cities on the outskirts of the city. Worcester has a poverty rate of 20% and the average household income being 68,613 dollars. The government will only be taking more money away from the people, making it harder for people to buy, own, or rent property all throughout the city. The market is already horrible because of covid, being at an all time high in price in everything everywhere. The average median household in Worcester is 227,100 dollars, which to a lot of people seems extremely overpriced for what they are getting, where they are getting it. The population has only been increasing over the last 4 decades, will this really drive people closer to the city? Or will it drive people out?

I was wondering how if the city is majorly in debt and could potentially have to file for bankruptcy, and hearing that Polar Park isn’t living up to its expectations I figured I’d take a look at what they are costing for what they are selling. The average adult ticket for a MiLB game anywhere is $7.58, to go to a WooSox game it will cost about 9 dollars. That was a little bit above the average so I decided to look at the other things you can pay for in the park. The WooSox merch was the first thing on my mind as I entered the website. Taking down all of the cap price, hoodie price, and jersey price of the WooSox, I then decided to do this for every team in the MiLB to see if they were over pricing.

The Worcester WooSox are charging 25 dollars for their normal colorway cap which is about average to the rest of the league as you can see on the chart. The mean of this data is 26 so if anything it is technically below average which is nice to hear right? Lets see the other mens adult clothing.

The WooSox are also in one of the highest percentiles for jersey price as well throughout all the teams of the MiLB. Worcester’s jerseys are 125 dollars ranking in at being tied for 2nd most expensive jersey with 2 other teams again. The average jersey is 94 dollars. This is over 30 dollars compared to the rest of the league, as you can see we are clearly overpricing to make more money for the city’s debt. Judging off the data chart you can also see that they have also had high expectations for this team to do well in the league. Expecting people to pay 125 dollars for a jersey in Minor League Baseball might be a little overabundant.  Being in the top 89% percentile of jersey prices throughout the whole MiLB, do you think this is evidence of Worcester needing money?