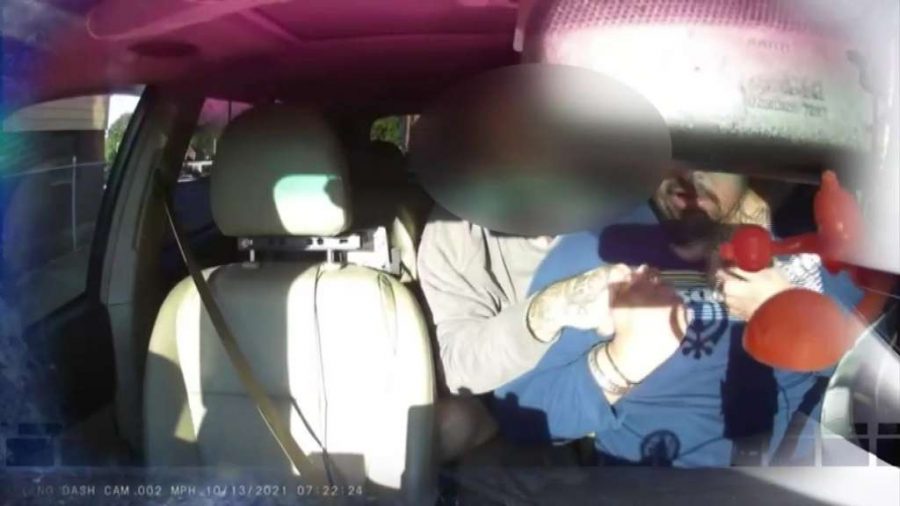 Jeffrey Packard, 32, of Douglas, is slated to be arraigned Wednesday on charges including carjacking, armed assault to rob, armed robbery, assault and battery, larceny of a motor vehicle, and use of a motor vehicle without authority, according to the Worcester Police Department.

He can be seen in the video lunging at the driver, grabbing him in the neck, and eventually forcing him out of the vehicle. After being stranded on the road with only one shoe he managed to flag someone down and call the police.