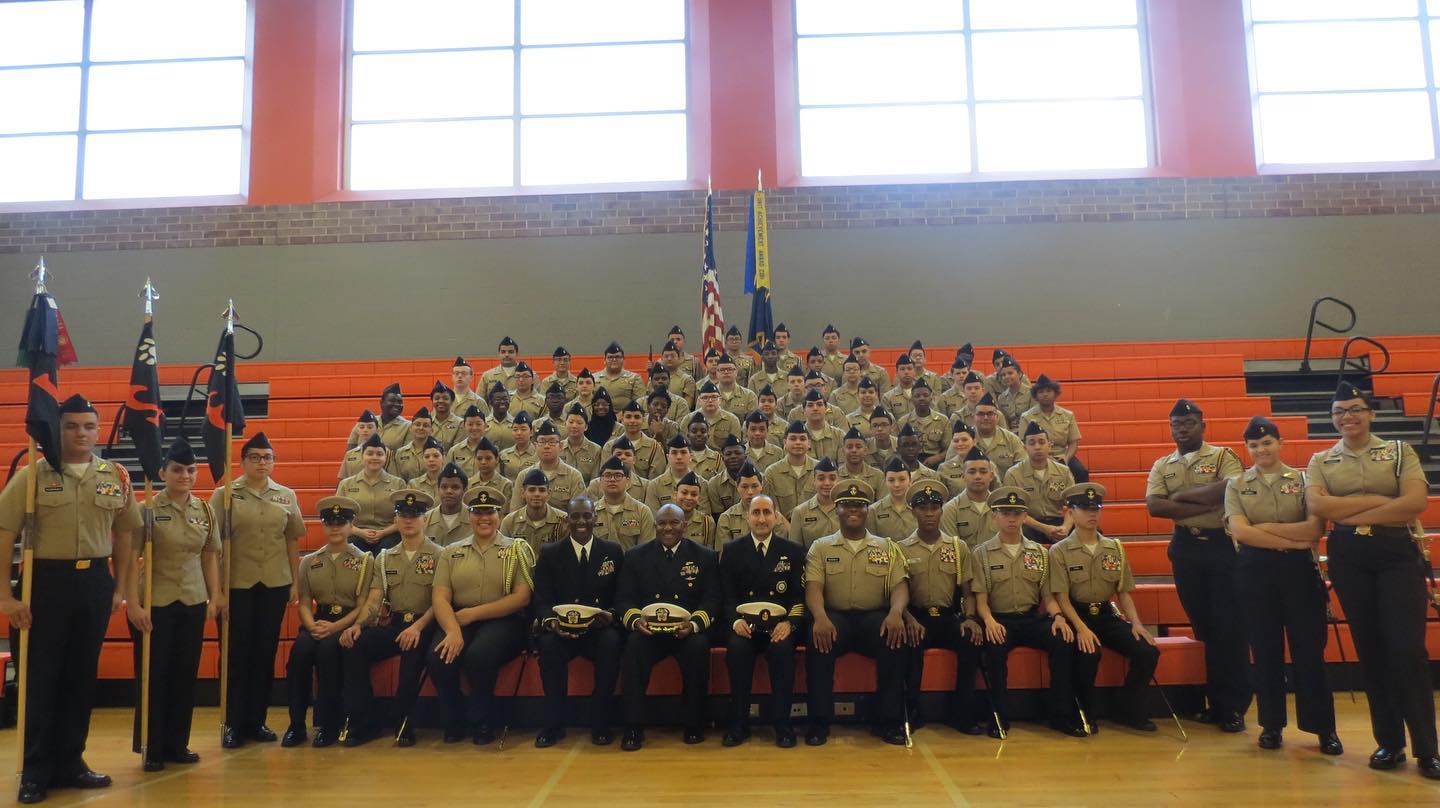 Many of our peers in the senior class of North High have been getting sworn in to the military instead of going to college and here's why.

Noemi Perez can’t wait to get out of North High school. Recently, she was able to get sworn in for the Marines! While many of her peers are preparing for the SATs or filling out their common app, she and many others are preparing for physical exams and the ASVAB, getting ready to join the marines, navy, army, and other branches of the armed forces.

Phuc Vuong has been training for years. He’s been in ROTC since freshman year! On Tuesday, October 26, 2021, while all the North High seniors were sitting in the auditorium, there were quite a few people who are involved with the ROTC doing pushups as an activity that the visiting police officers assigned. Phuc, who participated in this activity, got up to 70-75 pushups in about 1 or 2 minutes.

As many students and teachers have noticed this school year, there are many students getting recruited for the armed forces, such as the Marines, the Navy, etc. Some are from ROTC and some have just been recruited by going to meetings. Many have wondered why? Is there more appeal to get recruited than college? Did the pandemic have any effect on their choices? Why are they doing it?

Although some students who participate in JROTC may not want to continue with ROTC after graduation, it can still be a great extracurricular activity to put in your resume, as well as a great leadership experience. As a person enters the Armed Forces, you must have a drive. You need to be assertive, have great leadership, must be able to follow orders, and much more. In a google form sent out to a couple of students, one of them provided information on why they are choosing this career instead of college. “It gives me the work experience for a job that will help me outside of the Armed Forces and the military pays for my school.” This can also tie into the benefits of going into the military.

What are the benefits and disadvantages?

Some of the benefits of the military that students have listed were free travel, free college, and gaining a good experience for life. Of course since there are benefits of going into the military, there are also cons of this. “Cons: being away from families, friends, homesickness.” One student said in the google form. Not every student will see the cons of this decision, so some students see this opportunity neutrally. They don’t see any cons nor pros as some just want to go. However some people realize that there are things that can be difficult, but also easy for them to deal with.

As someone whose father was in the military for most of his child’s life, it can be pretty hard on both sides. The person leaving will have to deal with all kinds of hardships, such as harsh training, being away from home the longest they’ve ever been away. Going into the military is an in or out thing. Once you’re in, you’re not leaving, so for anyone who goes into the military, they have to deal with being homesick for years and years until retirement. It’s not like a sleepover for a weekend, it’s a whole new life with a whole bunch of new people.

Due to the pandemic, there have been some setbacks, like school being shut down, stores being closed and changing hours, and even some delays in events. In a google form sent out to students, some have expressed that they have felt this way about the Armed Forces for a while and some feel as if the pandemic did not affect their decision. Here are one the responses from a student in the ROTC. “Well I figured that college isn’t my thing and that I needed something to give me a head start in life. And It has been my dream to be in the military so I did.” Another student said, “I can leave earlier or later for boot camp.”

Student Life of Training Before Graduation

Training for the military can be a bit harsh as there are a bunch of physical exercises. For example, a person training can be forced to do more than 50 pushups in order to build physical strength.

Based on what I’ve heard from friends who are going to the military after graduating, it can be a bit harsh. ROTC and the military is an extracurricular commitment. Most of the time, the programs are free and all other requirements, such as uniforms are free. For the students who are planning on going into the military after graduation, they have PT. PT is known as physical training, which can help to up their strength. PT is also included in the ROTC program in schools.

Sometimes the physical training can be a bit harsh and exhausting, but that is just in the package that comes with the training. Some friends who’ve talked about it with me have said, “My back and legs hurt. I have bruises on my legs and arms from this!” I have a friend who’s come up to me drenched in sweat from PT after school, as well. From the looks of it, training can be a bit harsh.

Not only is ROTC used to train physically, but it is also used to train students mentally and see how well they work in groups. Despite the hard training that they endure, students are still choosing to go to the military. They are taking this as a challenge and a great opportunity. These students are still choosing to endure the difficulties they are experiencing right now as high school students in order to become stronger and more prepared for their future.

As a student who’s going to the Marines once said: