Having POC Teachers are Important Especially to POC students 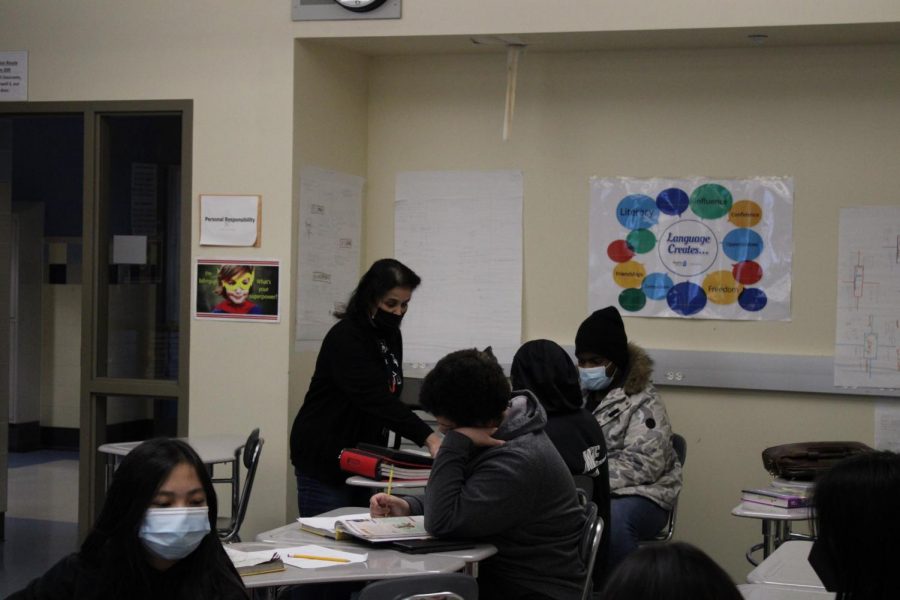 Having minority teachers is very necessary especially for POC students because having someone who looks like you in a position of power can positively affect students. Many minority students go on to having one or no minority teachers at all. I interviewed one of my fellow classmates on their experiences with having minority teachers.  My classmate Niah Sanchez didn’t have a Hispanic teacher until 7th grade and has never had a black teacher in her whole school career.

The lack of diversity in the teaching profession is severe. In my personal experience, when I was young I attended a bilingual school where students learned English and Spanish. Every teacher except for my kindergarten teacher were all white, I was being taught Spanish by people who had no ties to the culture or language they were teaching . This didn’t make them less qualified but as a Hispanic student student who was learning my home language from people who didn’t look like me or my family made me feel unrepresented in some sort of way.

7 percent of all public school teachers  in the U.S. are minorities. There have been efforts to diversify the teaching workforce but the percentage of black teachers has dropped in the last 20 years.  Due to the lack of POC teachers students in different schools around the country have started boycotting by not going to their classes.  At the University of Texas, 300 students out of  1,500 law schools boycotted their classes due to the lack of Mexican-American staff. In the article “Law Schools Boycotted Over Lack Of Minority Teachers’ ‘ one of the students who helped organize the boycott said “One Texan in four is Mexican-American, and we don’t have a single Mexican-American  faculty member in law school”. 7.5% or 501 out of 6,555 full time faculty members at the 175 law schools  accredited by The American Bar Association belongs to minority groups: 310 are black, 60 Asian-American, 15 American Indian, 31 Mexican American, 52 are Puerto Rican and 33 are Hispanic with other ethnic backgrounds.

A lot of people may not think this is having an actual impact on students but 48 Berkeley students were arrested due to standing up for feeling unrepresented. Students shouldn’t have to risk their education and possibly their freedom for the lack of POCs teachers in the education system. In an article published by the national school boards association states that “Studies show all students benefit when they have access to teachers of color, but this is especially true for minority children. They have better academic performance, improved graduation rates, and are more likely to attend college when taught by teachers of color”. The reasoning behind this is because POC teachers hold minority students to higher expectations. There have been studies conducted that white teachers are less likely to send minority students to gifted programs or groups even if the child’s test scores are the same as other white students in said programs. This is called implicit bias,which happens a lot in the classroom. Most teachers do not mean to single minority students out, but it’s still a big problem that seems to be swept under the rug.

In an article published to the New York Times, it states “A variety of research, for instance, has shown that teachers tend to assess black students differently from white students. Preschool teachers judge black children more harshly for the same behavior. White teachers are less likely than black teachers to assign black students to gifted and talented programs even if their test scores match those of white students. When black students had both a white and black teacher, the black teachers consistently had higher expectations for the children’s potential.”  Due to implicit bias many students of color don’t often go on to higher education because they feel like it’s impossible for someone who looks like them to do so.

This is no way saying that white people shouldn’t become teachers and that they aren’t qualified. In my experiences I have had white teachers who have really impacted me and helped me become a better person and student. Miller  explains how having both white and minority teachers could truly change a students life and how some teachers need training on how not to have some sort of bias against POC students even if that wasn’t their intention.

In all 13 years of me being a public school student I have had a total of 5 minority teachers and they have all left their mark on me one way or another. In 8th grade I was lucky enough to have 2 POC teachers, Mr.Toney and Ms.Reyes. These 2 teachers truly showed me that if I put in the work I would be able to accomplish anything. Before having them as teachers I truly doubted myself and wondered how someone who looks like me will be able to go out in a world with a system that’s rigged against people who look like me and succeed. They opened my eyes and made me realize that I had potential to make it far and I’m extremely grateful to have those 2 as teachers. Ms. Mendez, my sophomore year Spanish teacher, made me proud of my culture and  taught me to never back down from a challenge. This is what every minority student should have. They should have teachers who show them that people who speak and look like them can truly do much more in life and who knows these students can possibly one day become that teacher that students look up to.